PUREST INTEGRITY OF PRIME MINISTER AT ITS LOWEST

Alok Verma, CBI director has been transferred from CBI to Port Blair by PMO in order to stop him doing the investigation against PM Modi's favorite CBI's special director against corrupt practices, has knocked the doors of SUPREME COURT OF INDIA for this unjust action taken by PMO. it is believed that Special director, Rakesh Asthana, a 1984-batch IAS officer was planted into CBI head quarters against the wish of CBI director only to keep an eye on activities that could bring shame to the current govt.

Currently, Rafale-o-mania is so much in BJP that it had to take unprecedented action to cover up its sins that could possibly come to light under current CBI director.  It is important to mention here that CBI director's selection committee is only done by prime minister, chief justice of India, Opposition party leader and only it has got the right to transfer him. It cannot be done by the current govt. only on recommendation of CVC as it is mere supervising body for CBI.

Rafale deal, it seems, is going to be the NEMESIS of PM Narendra Modi. His integrity has already been dented heavily over and again by his earlier blunders like DEMONETIZATION and  GST, PM has made several mistakes during his tenure so far but Rafale War Planes deal is the biggest political mistake committed by him to favor Anil Ambani's Reliance Defense over HAL, Hindustan Aeronautics Limited.
Posted by Unknown at 01:50 No comments:


The story given below strikes true to me as we had also faced sort of same situation at Mumbai Airport while going through immigration. We were heading for Mauritius Shoot with our crew members and one of the unit members was held by Indian immigration staff, a poor art worker who later lost good chunk of earning because he could not go as they claimed that he had perforation on his passport.

He may have been stopped to travel for the same intention but was too poor to offer any money to them. Even I tried to reason with the officer one to one but he would not listen to me. If this practice is going on for bribe on regular basis then it would cause a big blot to our country since lots of NRIs keep visiting our nation.

Passport Tearing at Airports RED ALERT: WARNING.
Everybody read this very, very carefully please.Passport Tearing at Airports.Be Careful at Airports , This is a well organized conspiracy by Immigration, Police, Customs and staff with networking at all the International Airports..Be careful when ever you give your passport to Immigration/ Customs/ staff. The pass port can be easily tampered and can create trouble to you. They have found easy way of making money from NRIs. This is the way it works:
At the time of the passenger's departure, if the passenger is not looking at the officer while he is stamping the exit, the officer very cleverly tears away one of the page from the passport.
When the passenger leaves the immigration counter, the case is reported on his computer terminal with full details. Now all over India they have got full details of the passenger with Red Flag flashing on the Passport number entered by the departure immigration officer.
They have made their money by doing above.
On arrival next time, he is interrogated.
Subject to the passenger's period of stay abroad, his income and standing etc., the price to get rid of the problem is settled by the Police and Immigration people.
If someone argues, his future is spoiled because there are always some innocent fellows who think the honesty is the basis of getting justice in India .
Please advise every passenger to be careful at the airport. Whenever they hand over the passport to the counters of airport , or immigration or the customs, they must be vigilant, should not remove eyes from the passport even if the officer in front tries to divert their attention.
Also, please pass this information to all friends, media men and important politicians. Every month 20-30 cases are happening all over India to rob the NRIs the minute he lands.
Similar case has happened with Aramco's Arifuddin. He was traveling with his family. They had six passports. They Got the visa of America and decided to go via Hyderabad from Jeddah.
They reached Hyderabad .Stayed about a month and left for the States. When they reached the States, the page of the American visa on his wife's passport was missing.
At the time of departure from Hyderabad it was there, the whole family had to return to Hyderabad helplessly. On arrival at Bombay back, they were caught by the police and now it is over 2 months, they are running after the Police, Immigration officers and the Courts.
On going in to details with him, he found out the following: One cannot imagine, neither can believe, that the Indian Immigration dept can play such a nasty game to harass innocent passengers.
All the passengers traveling to fro India via Bombay and Hyderabad must be aware of this conspiracy. Every month 15 to 20 cases are taking place, at each mentioned airport, of holding the passengers in the crime of tearing away the passport pages.
On interviewing some of them, none of them was aware of what had happened. They don't know why, when and who tore away the page from the middle of the passport.
One can imagine the sufferings of such people at the hands of the immigration, police and the court procedures in India after that. The number of cases is increasing in the last 2-3 years.
People who are arriving at immigration are questioned and their passports are being held and they have to go in interrogation. Obviously, the conspiracy started about 2 to 3 years ago, now the results are coming.
Some of the counter staff too is involved in this conspiracy.
KINDLY SEND THIS TO AS MANY AS YOUR FRIENDS ACROSS THE WORLD AND ALSO REQUEST THEM TO CHECK THE PASSPORT AT THE CHECKING COUNTERS AND BEFORE LEAVING THE AIRPORT..
Posted by Unknown at 06:48 No comments:

AMONG ALL THE PM'S MISTAKES, DEMONETIZATION WAS THE WORST ONE...

DEMONETIZATION WITH INTRODUCTION OF 2000 RUPEE NOTE... 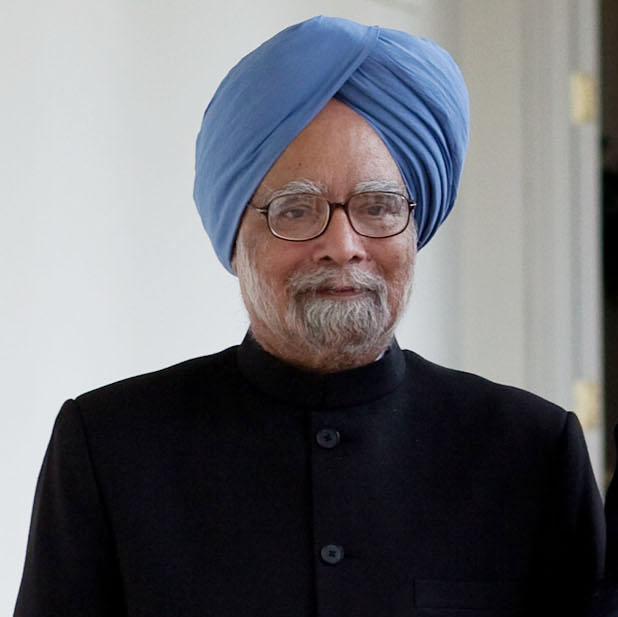 If you throw a glance in the past, the strongest voice against PM Narendra Modi's worst step of demonetization was Indian economist, former PM, Manmohan Singh's who along with his strong criticism of it, had termed it as organized loot and legal plunder. I remember his speech given in the parliament verbatim, he also had asserted in how badly it would hurt the GDP of the nation.

In defense, Arun Jaitley had appreciated Modi's step strongly though with lame & poor justification that eventually turned out to be untrue. How prudent Manmohan Singh had been in his prophesy because that is what exactly happened later showing how badly it had undermined India's GDP to a great extent.

I am sure, 8th November, 2016 would be regarded as the blackest day in the history of Indian economy in the times to come.  Now, since we all know the results, lots of voices have come together against DEMONETIZATION as the most regretful day. Besides, the launch of Rs. 2000 denomination note was the final nail in the coffin as it was against the so called purpose given by PM for demonetization. How could it serve any purpose I am still at a nonplus. 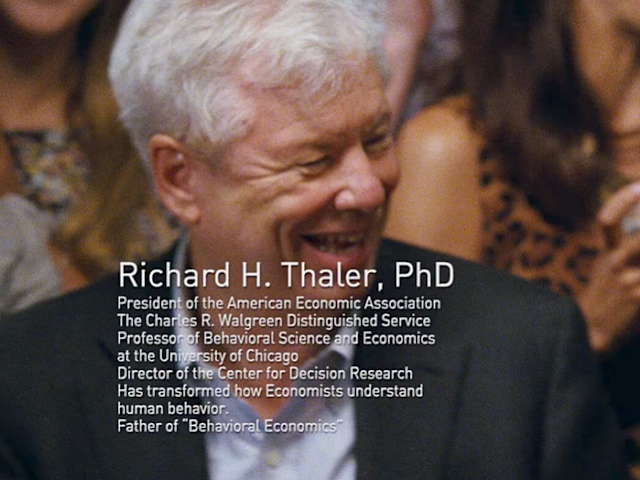 The Nobel laureate, American economist, Richard Thaler's today's remark that India's demonetization was a good concept but it was deeply flawed in term of its execution along with introduction of 2K note, endorses Manmohan's sound sense of judgment.
Posted by Unknown at 10:22 No comments:

A SENSIBLE MUSLIM TRIES TO OPEN THE EYES OF RADICAL MUSLIMS.... 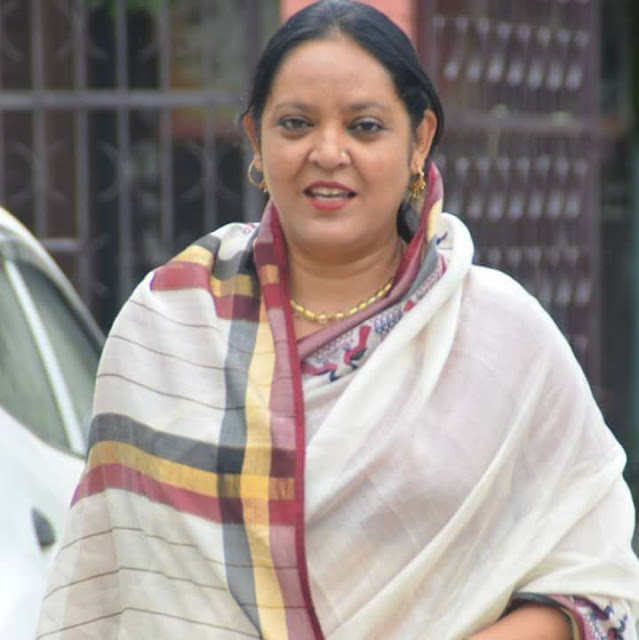 This article written by Rumana Siddiqui on current scenario of never-ending terrorism faced by scores of countries across globe is quite hard-hitting, coherent, appealing and has great deal of substance it it that would touch you fellows as much as it bore upon me. Her views seem to be self- explanatory with ample logic being put behind them by her.

WATCH HOW EASILY EVM CAN BE TAMPERED TO KILL DEMOCRACY...

THE POSSIBILITY OF EVM HACKING CAN CRUMBLE DEMOCRACY... 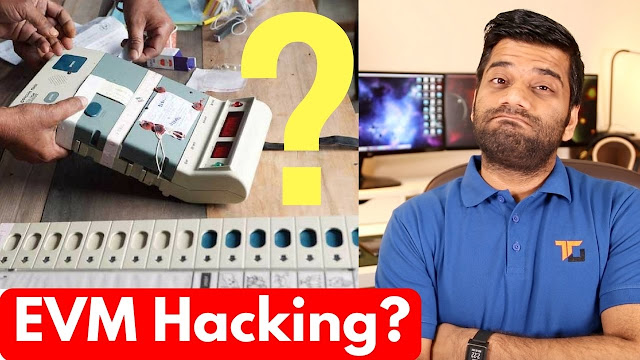 If EVM, Eleactronic Voting Machines, can be tampered so easily as shown in the following video then we can not say we are living in a democratic country. if this sort of horrifying tampering is being used on our soil then we all are doomed. Is our Election Commission not as alert as in other countries. Why cannot we take effective measures to erase mistrust that has surfaced in the media surrounding possibility of EVM frauds in India.  Is our country lacking dead honest former election commissioner T N Seshan like officers in Election commission? One can safely imagine what can happen if the voters lose the trust in election process of the country. In such a critical environment of mistrust, this Dhruv Rathee's scary video TRUTH BEHIND EVM HACKING is worth watching and sharing friends if you care for true democracy in this nation.

LINK TO THIS IMP VIDEO


It is our national duty to spread awareness around us as much as possible. It is also equally important to visit the links mentioned below. 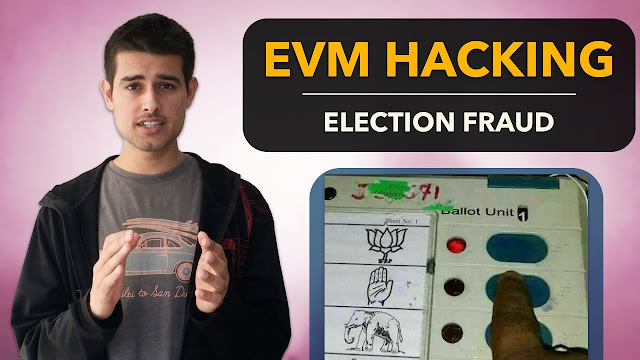 In the Uttar Pradesh State Elections in India, the BJP won by a historic record breaking margin of 325 seats. This has bought forward the issue of Election fraud in EVM (Electronic Voting) machines. EVMs can be hacked and tampered easily. That's why most developed nations do not use an EVM.

Learn more in the following international news about EVM-

0- Research paper on Security analysis of Indian EVM by University of Michigan
https://indiaevm.org/evm_tr2010-jul29...

1- Indian made EVM in Botswana are susceptible to vote rigging
http://www.sundaystandard.info/mooted...

2- Electronic Voting Machines & Why Voters Should Be Suspicious Of Every Election
http://www.zerohedge.com/news/2016-05...